A San Antonio, Texas police officer was out on patrol when he suddenly found himself caught in a shootout and away from his vehicle.  He tried to call for backup only to discover that his 2-way radio battery had died and his spares were at the station.  The officer was killed in the line of duty, but this kind of tragic loss should never happen. 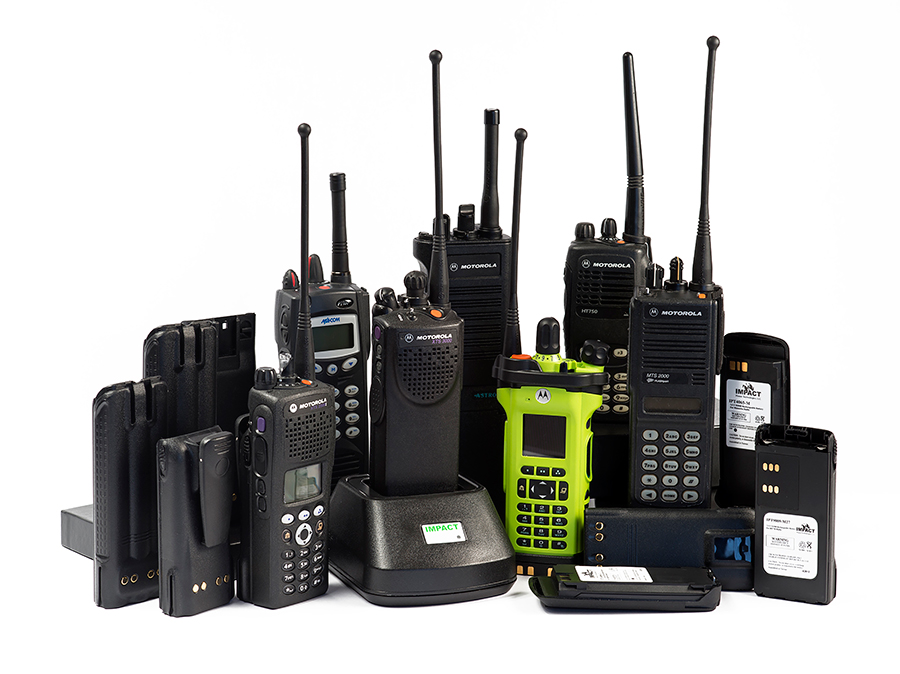 I was an energy and electronics engineer for many years at other manufacturers before I formed a new land mobile battery company called Impact Power Technologies with my business partner Ken Murphy.  After hearing about the San Antonio incident, I vowed to develop a longer lasting replacement for the OEM batteries so that scenario would not be repeated.  When I first developed the original Lithium Polymer battery for land mobile radios, it was good enough to earn the Radio Club of America’s prestigious Fred Link Award for Technological Advancement.  But, it wasn’t good enough for me.

My engineers and I spent over a year conducting extensive research to improve battery performance and extend longevity.  We studied every lithium cell available and chose the finest quality with the highest purity so it would deliver about triple the number of recharges, without affecting memory.  We designed a better battery management system in order to optimize this chemistry and balance the power that flows in and out, as well as boosted the milliamps to increase capacity and run-time.  Ultimately, our tests resulted in a Lithium Polymer 2-way radio battery that lasted 20 hours on a single charge.

When my team first told me these results, I didn’t believe them and ordered re-testing again and again—The results were always the same. Finally, I was satisfied enough to introduce this new battery technology to the public safety field.  The line was dubbed LifeSaver series in honor of how our story began.  Since then, we continue to improve the results with each new battery we develop.  IPT recently launched a new battery for the XTS 3000/5000 that lasts over 40 hours per charge.

The other goal we hoped to achieve was lower the level of toxic waste in landfills by reducing overall battery consumption.  We worked to extend our battery lifespan to a guarantee of two years, versus one year, which was the industry norm.  I’m happy to report, after three-and-a-half years in business, every battery IPT has made and sold is still functioning at about 80 percent capacity, so I guess we more than exceeded our goal.  What we didn’t foresee was, in addition to lowering our carbon footprint, the agencies that used our batteries no longer spent valuable budget to constantly replace dead OE batteries. Instead, they are skipping as many as three typical battery procurement cycles and using these savings to purchase other necessary equipment like body cams.

For IPT, the most meaningful proof that our technology is working is that our current customers keep coming back for more batteries to convert all 2-way radios from OEMs to a longer lasting power source.

IPT recently won multiple bids with the City of Boston Police Department, Norfolk County Sheriff’s Department, Miami Beach PD and other agencies to power their radios. Alachua County Sheriff’s Office in Gainesville, Florida is a new customer who recently switched to IPT’s batteries for both its XTS3000/5000 and XTS1500/2500 radios.

Most of these agencies were required to bid other Lithium Polymer battery vendors before buying.  But, when they did comparison tests, ours significantly outlasted the competition.  The battery market is confusing when other LiPo battery manufacturer technology sounds similar to IPT but, in reality, they’re vastly different.

My partner Ken Murphy always jokes that we’ve purposely limited our future sales by making such long lasting batteries.  But, in all seriousness, we’re okay with that.  It may sound cliché but, what matters most to us is that we’ve made a difference in public safety, the environment and, most of all, helped save officers’ lives.

Curt Quinter is President and Chief Engineer of Impact Power Technologies.  Curt has over 30 years experience in the energy sector managing technical operations for multiple international battery companies. Curt has consistently lead the industry in research, design and development of lithium polymer, lithium ion and other battery technologies, as well as implementing the process for manufacturing Factory Mutual Intrinsically Safe batteries.