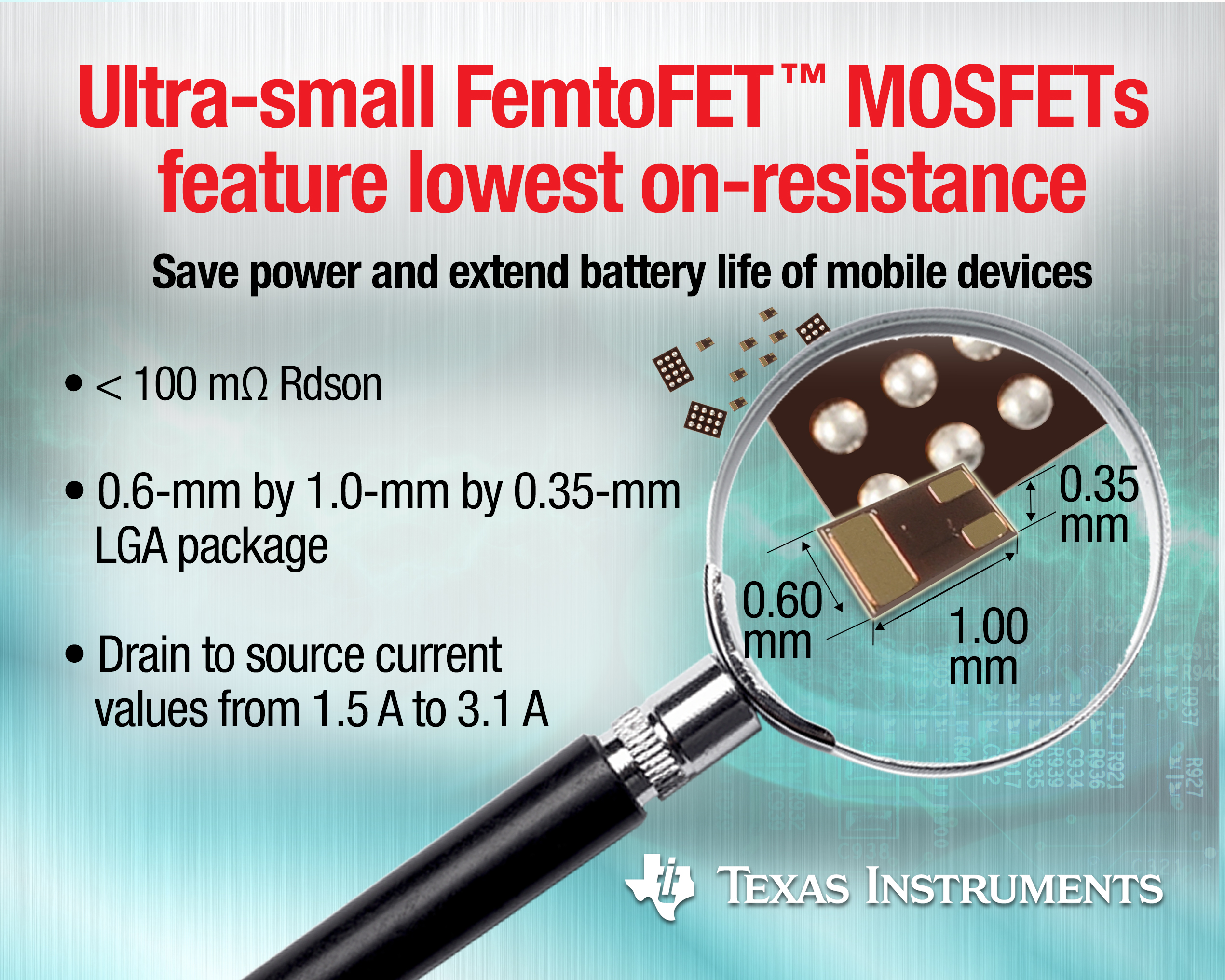 Texas Instruments (TI) has introduced a low on-resistance MOSFETS for space-constrained handheld applications, such as smartphones and tablets. The new family of FemtoFET MOSFET transistors features ultra-small packaging and on-resistance below 100 milli-ohm.

The three N-channel and three P-channel FemtoFET MOSFETs are packaged in a land grid array (LGA) that reduces board space by up to 40 percent when compared to chip scale packaging (CSP). The CSD17381F4 and CSD25481F4 feature ultra-low on-resistance below100 milli-ohm, which is 70-percent lower than similar devices in the market. All the FemtoFET MOSFETS provide electrostatic discharge (ESD) protection greater than 4,000 V human body model (HBM).