Many of us (who have reached a certain age) may look back with nostalgia to the good old days.  It was a simpler time, life was not so hard, and so on.  Just the other day, one of my friends traded in his 21 year old pickup truck for a newer (12 year old) one and made the comment “they just don’t make ‘em like they used to.”  Well, maybe sometimes that can be a good thing too. 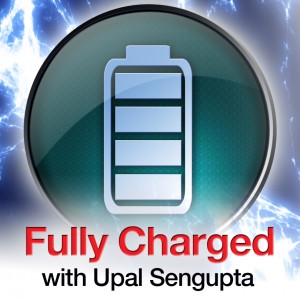 When I started studying engineering, I learned about the concept of “planned obsolescence.”  Products would be designed to wear out in a specific amount of time, ensuring that customers had to buy a new one eventually.  Some people take this as a sort of terrible conspiracy to rob the consumers of the world, but like most things, there are two sides to every story.  Anyone who has engineered any kind of product understands the concept of a price-performance tradeoff.  You can design the world’s best vacuum cleaner, car, computer or battery pack, one that will last for years and has superior reliability,  but if it is too expensive for people to afford, it will never generate enough revenue to keep your company in business.  On the other hand, you can use the cheapest possible components and design a product that is likely to fail early on, and you will ruin your brand’s reputation.

How does this relate to battery management?  After all the years and dramatic advancements in mobile electronics, one of the top consumer complaints is (still) poor battery life.  And we have to remember “battery life” can have more than one meaning: there is the run-time for an individual use cycle (for example a few hours at a time), or the service life of the battery (a few hundred cycles, maybe a matter of months or years).  With the trend toward embedded (non-removable) batteries in mobile phones and tablets, when the battery wears out, the product is effectively “dead.”  Many users of rechargeable batteries are surprised to find out that these batteries are not infinitely rechargeable.

The standard metric we used to use in qualifying battery packs for mobile phones (back in the good old days… like 1999) was that a cell had to retain at least 80 percent of its rated capacity after 300 full discharge / recharge cycles.  This was considered (at the time) to be equivalent to about two years of “heavy use” use on a typical phone.  And while 80 percent may seem like “almost as good as new,” the degradation curves were often non-linear, so after 400, or possibly 500 cycles, the battery would no longer be usable at all. If the charge voltage regulation was even a little bit too high, the cell could degrade faster than expected.

Furthermore, for products that are used frequently, the end-user typically wants to fast-charge their batteries, but we’ve also seen that charging a battery faster using the conventional Li-Ion “CCCV” method can accelerate the wear-out mechanisms as well.

So we need to find a cost-effective way to make products that last long (enough to be useful) and have good reliability.  Well, it turns out that if you make your “smart battery” a little bit smarter, we can extend its useful service life but still maintain the (desired) feature of fastest possible charging.  The new MaxLife technology from TI uses the intelligence within the battery fuel gauge IC to manage the charging process  and adapt the charge algorithm to minimize degradation based on knowledge of the battery’s state of health.  The illustration below shows actual test data for two Li-Ion cells: one fast-charged using a conventional charging scheme, and the other using the MaxLife method.  Both cells were recharged in the same amount of time, but the MaxLife cell retains more of its capacity compared to a new cell after each recharge.