Nobel Laureate On The Future Of Lithium-Ion Batteries

February 13, 2020 | Stanley Whittingham by no means believes that lithium ion batteries are a solved problem. The winner of the 2019 Nobel Prize in Chemistry for the development of the lithium-ion battery quickly lists future areas of research.

“[We must be] Really looking at how we can improve the present materials, how we can cut out all the—what I call—dead weight. More than half of the weight in the battery is dead weight,” he told Battery Power Online. “[We must be] Really looking at the active components and getting a fundamental understanding so we can make the ions move faster, and the electrons move faster.” 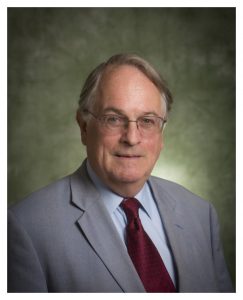 Whittingham was awarded the 2019 Nobel Prize in Chemistry along with John Goodenough and Akira Yoshino. He will be delivering the plenary address at the 2020 International Battery Seminar in Orlando, Florida, March 30-April 2.

In outlining the history of the development of the battery, Whittingham called the evolution an inherently international and cross disciplinary achievement.

“I am a Chemist from Oxford University who went to a materials department at Stanford, then to materials chemistry at Binghamton,” he said. “John Goodenough is a Physicist from the University of Chicago who went on to become Professor of Chemistry at Oxford, then materials at Texas; Akira Yoshino is an Engineer from Kyoto University, who went on to a distinguished career at the Asahi Kasei Corporation. Just as a single discipline could not have achieved this discovery.”

Whittingham echoed that message when speaking last week with Battery Power Online. “All the exciting areas of science are at the interfaces of the different disciplines. They don’t fall solely within, say, chemistry, physics, geology, or engineering, now,” he said. “They’re at those interfaces.”

In his various research groups, he maximizes that perspective by grouping researchers into teams of 3-5 people, all from different disciplines. “We have chemists, physicists, engineers, experimentalists, theoreticians,” he explained. He believes the interdisciplinary approach will drive battery research forward.

From his vantage point—more than five decades of battery research behind him and a clear vision for an electric economy—Whittingham predicts a bright future for lithium ion batteries.

“Lithium ion batteries will enable large solar farms, large wind farms. There’s a wind farm in West Virginia that has 16 megawatt hours of storage that just shifts the power load. A local community three miles from me is discussing putting a solar storage facility right into their village. This is happening in many places,” Whittingham told us. “People want to be semi-independent of the grid. If there are power outages they can keep going. These localized solar farms or wind farms will enable that. And they can’t do that without lithium batteries.”

Lead acid batteries, Whittingham said, are too heavy and require too much maintenance. “A lithium ion battery you can just put it out and forget about it, for the most part.” In his Nobel lecture, Whittingham recounted speaking with the director of a utility station in New York. “We looked and said, ‘How much maintenance is on this? They said the biggest maintenance is mowing the grass along the fence.’”

The downfalls of lithium ion batteries—recycling and metal supply for example—are easily addressed Whittingham believes. The recycling industry is “in its infancy,” he said. “I think there’s going to be many improvements, and as more and more batteries become available, I think the recycling will become more efficient and the processes will get better.”

As for materials supply, Whittingham is equally bullish. Lithium mines are opening in Australia and Canada and recycling will soon harvest more materials that can be reused.

As for the future of battery development, Whittingham predicts a refining of battery chemistry and components. We’re not close to done, Whittingham challenged in his Nobel lecture. “When you look at what we get out of a lithium battery, we only get 25% of the theoretical energy density in the practical cells. There’s a huge opportunity for us to move forward!”

Whittingham encourages researchers to focus on improving the present materials that make up battery cells. “Don’t just do the totally applied end [of research],” he challenged the community.

Consider ways to modify the carbon, he suggested. “The carbon takes up half the volume of the cell!” He also challenged researchers to increase lithium within the cell. “Right now we only use 60-70% of the lithium. Instead of having just one lithium per metal, can we push that to two lithiums per metal?”

“We really need to do more fundamental research. We need to get those ions to be faster, we need electrons to move faster. We can make thicker electrodes, reduce the number of current collectors, separators, and all the dead weight in the battery.”

One other battery feature to address? Temperature response. “Tomorrow night it’s going to be 0 degrees Fahrenheit here,” Whittingham said, speaking from his office in New York’s Southern Tier region. There’s a reason warm climates have more lithium-ion-based grid storage. He promised we could discuss more at the International Battery Seminar. “Let’s hope it’s going to be nice and warm in Orlando!”