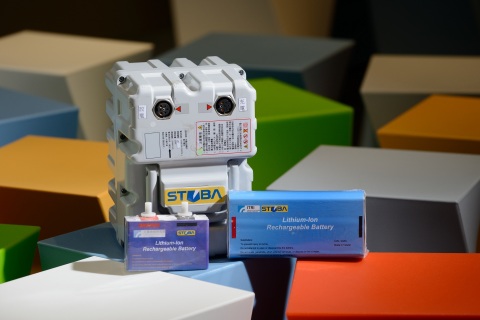 RAIBA supports heterogeneous battery modules including new and old ones and even lithium-ion and lead-acid batteries in the same array. It also supports traditional homogeneous battery modules including the same battery age and type. It reduces system-level decay by 51 percent and extends system runtime by 90 percent for a set of heterogeneous 20-battery modules with capacity ranging from 1.5 to 4 Ah. RAIBA adds fail-safe and fail-operational functionalities to a battery system by dynamically reconfiguring the array to bypass modules nearing depletion, avoiding the shutdown occurring in traditional battery arrays when one module stops performing. By supporting a mix of old, new and heterogeneous battery modules in a large-scale green power storage system, RAIBA contributes to environmental protection and a sharing and circular economy through extending battery life and re-use. By not requiring a homogeneous array of new battery cells, RAIBA reduces the initial construction cost and total cost of ownership of energy storage systems by more than 50 percent.

RAIBA manages a battery array first by diagnostics, learning the electrochemical behaviors and other properties such as age of each module before charging and before use. After the initial diagnostic analysis, RAIBA’s AI system software dynamically simulates feasible configurations based on cell characteristics and system load requirements. It chooses the best configuration to serve specific loads based on the capacities and characteristics of modules, and immediately bypasses modules, if required, before use.

During use, RAIBA continually monitors the performance of all modules, maximizes the utilization of all modules by dynamically configuring to serve load requirement, and bypasses modules only when they are depleted or close to a constraint. When multiple modules are depleted, the system still will function at full potential because RAIBA transfers the required load to other performing modules. RAIBA’s real-time AI system management software also extends and optimizes charge/discharge cycles, because it ensures optimal utilization before requiring a recharge. RAIBA’s system management software provides preventative maintenance and maximum uptime through dynamic resource monitoring and allocation, avoiding the fixed connections, performance bottlenecks and system failures of traditional battery arrays.

STOBA is a battery safety material reducing the fire hazard of lithium-ion (Li-ion) batteries used to power devices such as smartphones, laptops, hoverboards, power tools, electric vehicles and smart grids. Li-ion batteries are often the most unstable electronic component of such devices as they may overheat under abnormal conditions such as excessive impact and piercing, which has caused many well-documented consumer-device fires and explosions. Li-ion battery fires and explosions occur when overheating melts the separator between the anode and cathode, causing an internal short circuit; STOBA is the only technology preventing internal short circuits caused by the overheating of Li-ion batteries.

STOBA is a hyper-branched polymer with a unique characteristic: Under increased temperature, STOBA grows in volume and structural complexity. STOBA is added to Li-ion batteries to form a protective film providing two lines of defense against fires and explosions: When a battery heats excessively (>150oC) due to external impact or piercing, the end points of the STOBA polymer’s branched structure react together to form a cross-linking three-dimensional network acting as a physical barrier insulating the anode and cathode, decreasing both electric and ionic conductivity and suppressing thermal runaway. At the same time, STOBA efficiently scavenges free radicals and suppresses oxygen release to shut down the thermal runaway process. The combination of these two effects virtually eliminates the risk of fire and explosion.

STOBA is currently available in chemical and battery cell production in Japan and Taiwan, and has been granted seven patents in the United States.

Emergence Of EVs And Their Effect On Solid State Battery Advancement