January 17, 2018 | Product Brief | Samsung SDI has introduced  a lineup of various battery cells for electric vehicles (EVs) and plug-in hybrid electric vehicles (PHEVs), which come in 37, 50, 60 and 94 ampere hour capacities. The lineup is highlighted by battery cells with energy densities high enough to propel EVs as far as 600 kilometers after a 20-minute charge. 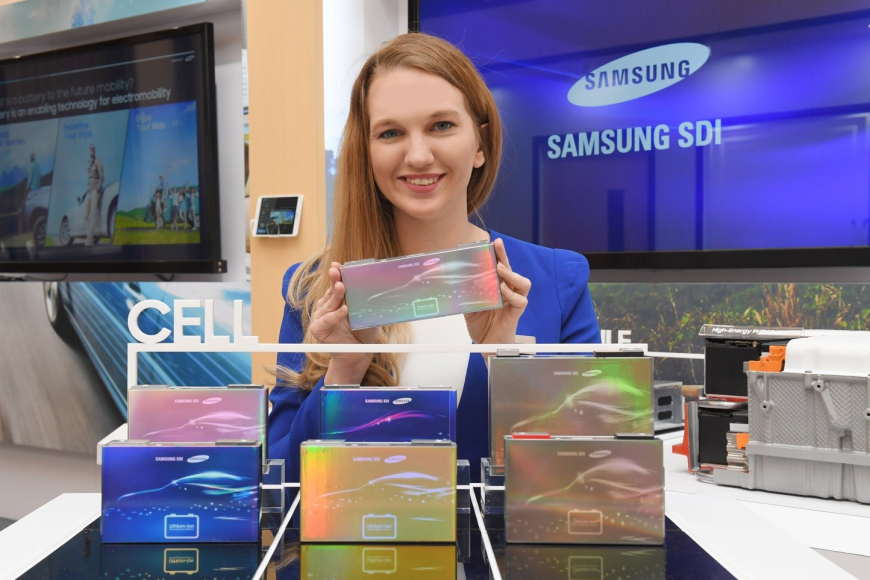 Multi-Functional Module Battery Packs from Samsung SDI allow users to adjust the number of modules to capacities they need and thus to diversify driving distances capabilities. These packs are expected to catch the eyes of automakers that want to make vehicles with different ranges by using a single pack as the foundation for an entire vehicle platform.

Samsung SDI has developed a “Low Height Cell.” This is a cell whose height has been reduced by more than 20 percent from existing cells. By using this cell design the automotive companies can increase the interior space of an EV and increase design flexibility for the vehicle overall.

Samsung SDI has also released a new 21700 standard cylindrical battery. A ‘21700’ battery is 21 millimeters in diameter and 70 millimeters in height with capacity that is 50 percent larger than 18650 battery technology. Its size is optimal for maximizing power output as well as battery life. A 21700 battery has come into the spotlight as the next-generation standard for applications in Energy Storage Systems (ESS), electric power tools, and electric vehicles.

The End Of The Chevy Volt