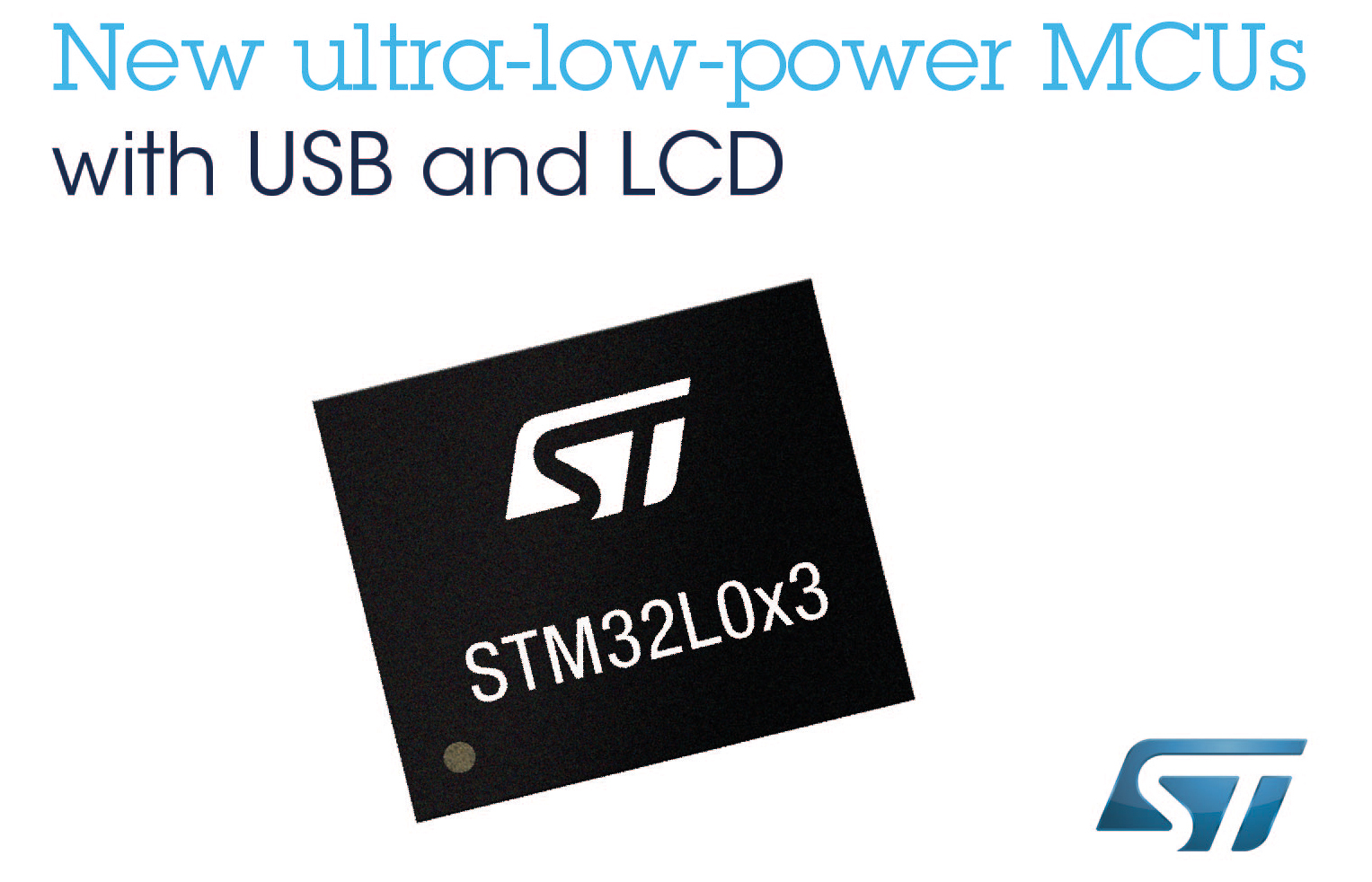 With the ADC consuming 40 µA at a conversion speed of 100ksps, rising to  200 µA at 1.14 Msps, in combination with the outstanding power efficiency of both the processor core and the ultra-low-power peripherals, applications such as fitness trackers and domestic smoke detectors powered by non-rechargeable batteries will require less frequent replacements, saving both end-user costs and the environmental burden of spent batteries.  For example, an STM32L0-based fitness tracker powered by a non-rechargeable coin-cell battery could operate for up to two years before needing a new battery.

A second major benefit is that manufacturers will often be able to design equipment that uses smaller batteries, reducing the size and cost of products such as glucose meters and the rapidly growing range of portable health and fitness products. In addition, the new devices are fabricated in ST’s proprietary CMOS tech; nology that offers both embedded EEPROM, as well as the industry’s smallest variation in power consumption over the 25°C -125°C temperature range, leading to record low consumption levels at elevated temperatures.  This makes the STM32L0 microcontrollers particularly suitable for (distributed) industrial sensor applications relying on batteries or energy harvesting.

The STM32L0 series is offered in three lines: Access line, USB line, and USB/LCD line.  Common features of all of the devices include power consumption in several modes including 139 µA/MHz at 32 MHz, 87 µA/MHz using an optimized mode, and 400 nA in Stop mode with full RAM retention and a 3.5µs wake-up time.  The series also features up to 64 KB of Flash memory, up to 8KB of SRAM, and 2 KB of embedded true EEPROM.  A built-in hardware oversampling capability also enables 16-bit ADC resolution. STM32L0 devices with integrated USB FS 2.0 interface support battery charger detection and link power management. Crystal-less operation of the USB is enabled via a built-in 48 MHz oscillator.  All the lines offer built- in hardware engine encryption (AES) as an option.

As part of ST’s extensive STM32 family, the world’s most popular range of ARM-based microcontrollers, the STM32L0 devices benefit from the comprehensive STM32 development ecosystem. Moreover, the new devices are pin-to-pin compatible with STM32L1 or any other STM32 devices, enabling customers to rapidly upgrade designs to take advantage of the new power-saving opportunities.